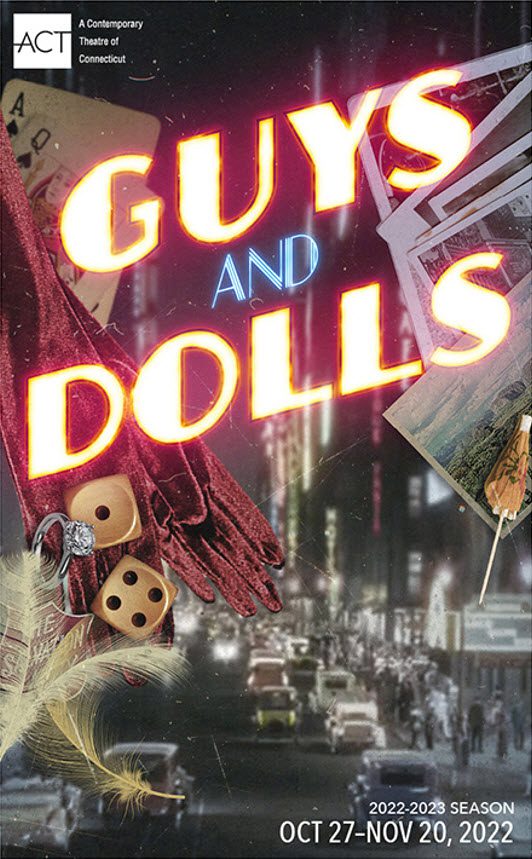 If you THINK you know GUYS AND DOLLS, think again! In typical ACT of CT fashion, this GUYS AND DOLLS will be unlike any other production of the show that you have ever seen before!  Directed by ACT of CT’s Artistic Director (and director of such ACT of CT hits as Mamma Mia, Evita, Godspell, and Jesus Christ Superstar) Daniel C. Levine, this Golden-Age classic musical comedy promises to be a smash hit!  Set in Damon Runyon’s mythical New York City, GUYS AND DOLLS follows the unlikeliest of Manhattan pairings: a high-rolling gambler and a puritanical missionary, a showgirl dreaming of the straight-and-narrow and a crap game manager who is anything but. With its score of unforgettable songs including “Luck Be a Lady”, “Sit Down, You’re Rockin’ the Boat”, and “I’ve Never Been In Love Before”, ACT of CT’s sultry production of GUYS AND DOLLS will be all Aces!

Sensory Friendly Performance:
Sunday, November 13 at 2pm – This matinee is reserved only for our patrons who require adjusted production elements in order to enjoy the performance (it is not open to the public). Please contact the box office for more information.