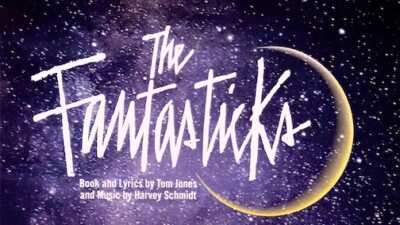 If you’ve never seen The Fantasticks, one of world’s longest running musicals, now is your chance, and you don’t want to miss it. This collaboration between Connecticut Playmakers and the Town Players of New Canaan is one of the best productions of this show that this critic has seen.

The show, originally produced Off-Broadway in 1960, packs a lot with the simplest of things: a small cast of eight players and two musicians, a platform the size of a deck, two benches, two trunks, three curtain, a piano, a harp, and a simple love story dotted by simple trickery.

Before we go on, let’s get a few things out of the way. The book is dated. In 1960, people used terms such as mute instead of speech-disabled and Indian instead of Native Americans. There’s also a reference to the Rape of the Sabine Women, which originally referred to abduction (rapto in Portuguese). This was all before political correctness and sensitivity were introduced into our society.

It’s appropriate for kids who can sit through a 2.5 musical (with intermission)